Wishing everyone out there a safe and happy new year for 2022. Yes, the pandemic is still hanging around like a bad dinner guest who just can’t take a hint but I’m cautiously optimistic for the year ahead.

I even have ideas that share a vague resemblance to resolutions. Remember resolutions? Those things we used to say we’d do during the coming year before 2020 came along and just indiscriminately scuttled the resolutions, plans, hopes and dreams of people the world over. Imagine if, say a germaphobe, decided in late 2019 that they were going to try not to worry about germs quite so much. Or if someone decided that what they really wanted to do in 2020 was just get out more and meet new people.

Anyway, I do have some ideas for 2022 and they involve moving from writing novels, at least for now. For far too long, I’ve wanted to get my music out there – songs I wrote years and years ago. And I’ve been trying on and off to make professional quality recordings of them at home and never quite getting them to sound the way I want them to. So this year I’m going to stop worrying about that and just get them out there. Plan A is performing them, making videos and uploading them to YouTube, which will involve synching the audio recordings with the visuals but I think I’m up to it. We’ll see. But I’ve got a better webcam and a green screen on the way (so I can use a more interesting background than a wall two feet behind me). Another upshot of having that gear is I could use it for movie reviewing, which is something I’ve done on and off in blog form in the past but something I quite enjoy.

Some real big news however is I’m making a children’s book, something I’ve only done once before. Years ago, I made a book about a little ant called Harry and he had a few adventures going inside a house looking for pie crumbs and going flying with a bumblebee, a dragonfly and eventually a kite that gets stuck in a tree. Good hearted ant that he is, Harry flies that kite in order to get it back to its owner, a little girl who lives next door.

My son absolutely adores Harry the ant and he’s asked me for years to make another one, and so now I’m doing it. The story’s finished already and I think the rhyming scheme is much better than the one I used in the first book, back when I was a total novice at writing stories for children. And now I’m working on the art.

When I wrote the first book about Harry, I drew the pictures on paper and then took pictures of them, put them on my computer and edited them there. This time around, I’m using a stylus and doing it all in a graphics program on the computer straight up. And you know what? It’s fun. I’m really enjoying it and I think my son will love it when it’s done.

I’ll upload the artwork here on this website as I go through it. I’ve got about nine pages finished now and I’m about a third of the way through the text I’ve written but for today I might just upload the first page, as well as a page from the original book to illustrate the differences in the style. 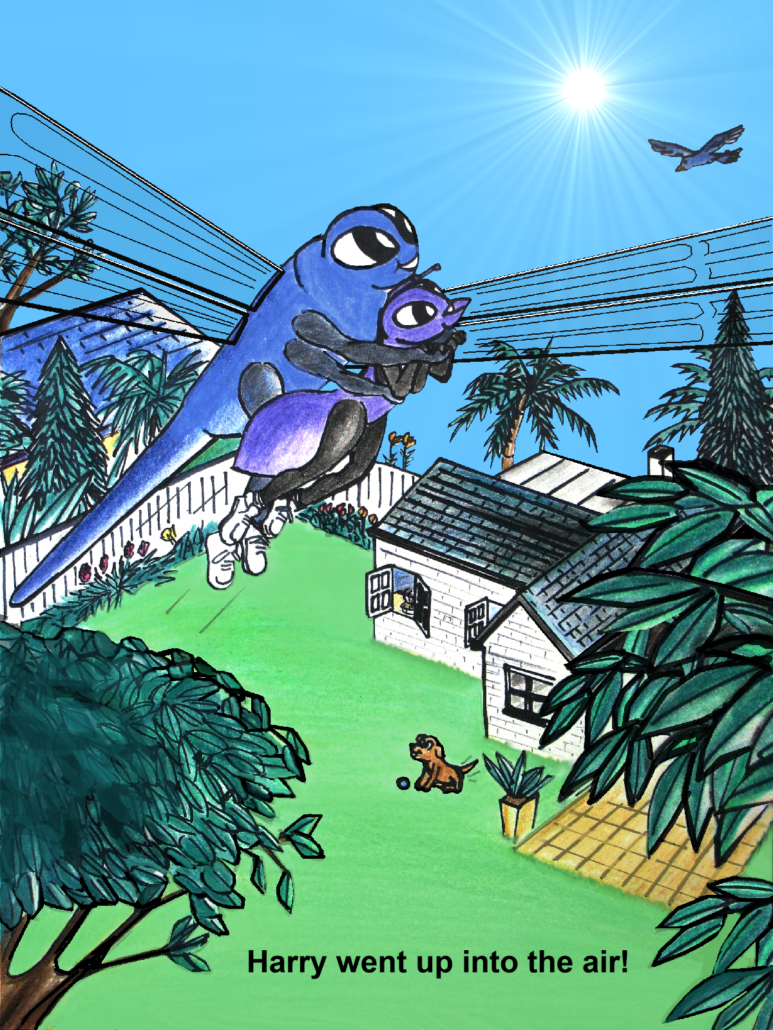 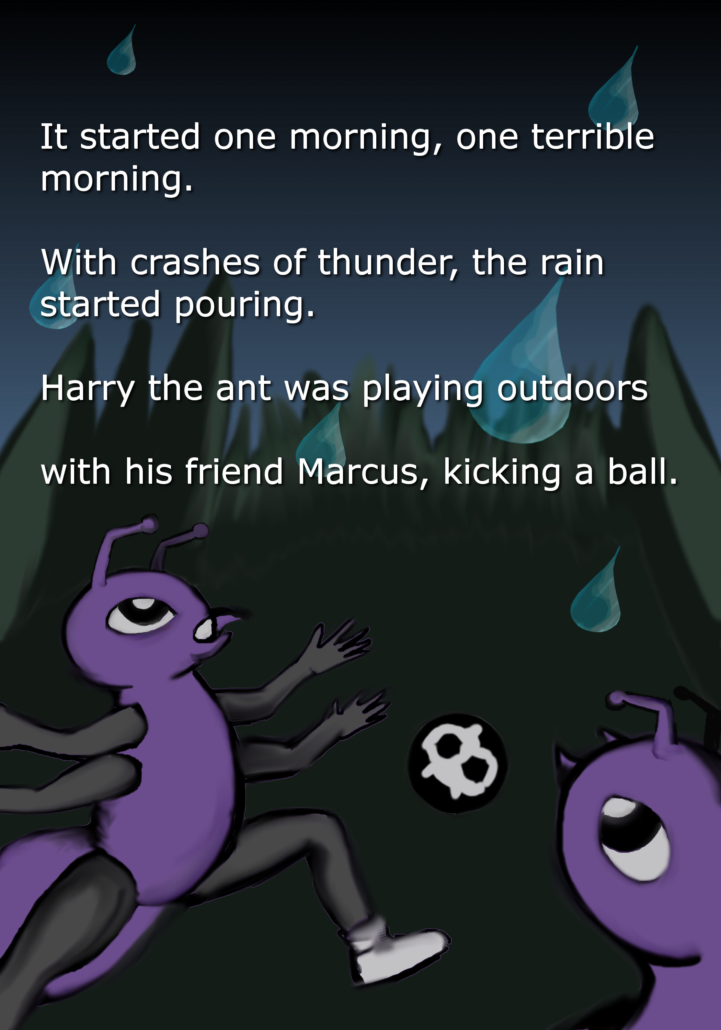 While it’s a very different aesthetic using the stylus and it’s never going to match the original artwork, I’ve tried to retain Harry’s look as much as possible. And it’s important to me that while he’s given some cutesy humanoid design cues, he is still recognizably an ant. He has to have mandibles for one thing because too many cartoon ants don’t. Six legs, even if four of them are drawn as arms, is also essential, as is having a thorax and an abdomen under his head. Without these, he’s not an ant.

The shoes look cool though, don’t they?

I’ll put some more art up later, including pages I’ve already finished and pages that are yet to come but I’d like to share the process with everyone who’s interested. I hope you like it.